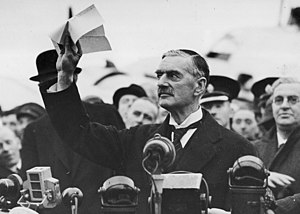 Neville Chamberlain was the prime minister of Great Britain before World War II and during the first few months. He agreed to the Munich Agreement, making his name forever synonymous with appeasement.