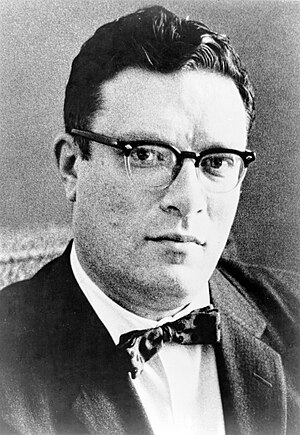 Isaac Asimov was an American science fiction writer and historian. He was active in the mid 20th century, and his prodigious, high-quality writing on a wide variety of topics is still well-regarded today.

Asimov was born in Russia but moved to the United States at a very young age. He grew up in Brooklyn, New York. During World War II he lived in West Philadelphia and worked at the Philadelphia Naval Yard.