By country - for some countries[edit] 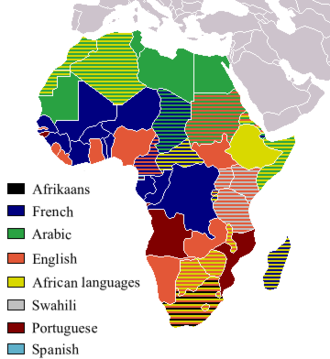 Besides the former colonial languages of English, French, Portuguese, and Spanish, only a few languages are official at the national level. These are:

List of major African languages (by total number of speakers in million):